Why the Passive IoT Become a New Eye of a Storm？

This is obviously impossible! Many express parcels, clothing, etc. have requirements for online management, but they currently do not have the qualifications to access the Internet of Things.

We know that every online object must have the support of electricity to support them to complete the process of data collection, transmission and calculation.

Nowadays, with the development of passive Internet of Things technology, it is possible for such things to join the online world. 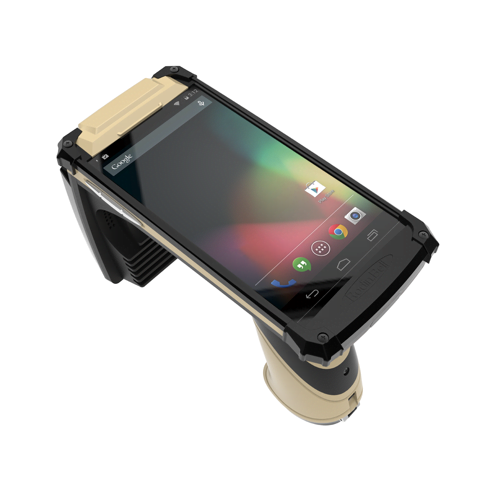 What is the passive Internet of Things?

The “passive Internet of Things” that has received much attention now is essentially passive terminal nodes. They do not have power cords and built-in batteries, but obtain energy from the environment. For example, the Internet of Things based on wireless electromagnetic energy capture technology. Passive IoT terminals capture and collect energy by collecting radio waves emitted from the network side to complete data collection, transmission and distributed computing.

In fact, the passive Internet of Things has been proposed a few years ago. Judging from the available data, it can be traced back to 2014 as early as 2014. The National Natural Science Foundation of China officially launched the key project “Basic Theory and Key Technologies of Passive Sensing Networks” with a funding amount of 3.5 million yuan. A more realistic path.

However, in the early years, many people thought that the passive Internet of Things was nonsense. So why do you think it is feasible now?

Because with the advancement of semiconductor technology, the power consumption of terminal chips has been reduced to mW or even lower, coupled with the continuous upgrading of energy conversion technology, the energy capture and use of long-distance communication technology has become a reality.

Why do we need passive IoT?

In real life, we are accustomed to the existence of electricity, and cannot feel the strong difference between active and passive products. However, for every object in the IoT world, power is indispensable. It is to the IoT terminal just like air and water are to human beings.

Humans can have air without much effort, but IoT terminals may not have power.

On the one hand, due to cost constraints or product volume, the object itself does not have the conditions for battery power supply.

On the other hand, objects with online requirements are limited by factors such as their wide distribution and the need to move flexibly, which makes it difficult to replace batteries in many application terminals or cannot be directly powered by batteries.

From the perspective of the development trend of the Internet of Things connection, especially when facing the demand for the “online” of a large number of objects, it must be realized in a “passive” form. Therefore, passive Internet of Things technology will be a major driving force.

The first is to collect solar power;

The third type is radio wave energy conversion, which collects RFID, NFC, Bluetooth, 4G, 5G, WiFi and other radio wave energy in the surrounding environment and converts it into electrical energy. This is also the most concerned method of passive IoT, because a normally working IoT device needs to operate normally, in addition to obtaining working energy, it also needs to transmit data through radio signals. In this way, passive IoT terminals can not only obtain energy, but also transmit signals, and at the same time, the cost and size can be very low.

What passive IoT applications have we seen?

Over the past few years, the passive IoT has been developing silently, and recently it has once again attracted the attention of the industry. It is known as another new “outlet” in the IoT industry in 2021 after Cat.1.

This is not unrelated to the rapid development of various communication technologies. Nowadays, the passive Internet of Things is further extended, expanding the passive interconnection based on Bluetooth, Wi-Fi, LoRa, NB-IoT, and 5G communication technologies. The model in the figure below about the future high, middle and low-speed IoT connection requirements is a very typical model in the industry.

In our daily life, we are surrounded by various radio signals. Although the energy that can be collected through these signals is very small, it is sufficient for the work of a large number of passive IoT nodes, and the signal can be used to realize data return.

Passive IoT based on RFID

At present, RFID technology is the most familiar and widely used passive Internet of Things technology, and its principle is very simple. When the RFID tag is close to the reader, it receives the radio frequency signal sent by the reader, generates an induced current, and obtains energy. Through this little energy collected, the tag sends information and realizes the communication with the reader.

At present, the shipment of passive IoT products of this scheme has reached the level of tens of billions per year. NFC, as a kind of high-frequency RFID, has almost become a standard configuration in smart phones, and can also be regarded as a typical passive IoT technology application.

Passive IoT based on Bluetooth

Passive Bluetooth low energy sensor tags can also complete sensing, storage and communication without power supply. The tag collects surrounding radio frequency energy to power it, and uses this energy to send the tag’s unique identification code data and sensor readings. A start-up company called Wiliot, its product is a passive Bluetooth low energy sensor tag, because it does not require an external battery, so the size of the product is only the size of a postage stamp, can be easily pasted on various items.

Passive IoT based on WiFi

This technology was developed as early as 2016 by researchers at the School of Electronic Engineering of the University of Washington, and it is called Passive WiFi. Passive WiFi passive nodes consume only 14.5µW and 59.2µW when transmitting 1Mbps and 11Mbps, which can achieve a return distance of 30 meters and even have a certain wall penetration capability.

Passive IoT based on LoRa

In 2017, researchers from the School of Electronic Engineering at the University of Washington in the United States adopted linear spread spectrum technology to improve passive tag return capabilities and compatible with commercial Lora equipment to form a Lora-based reflection modulation system. In the test, the researchers successfully achieved passive node reflection modulation from any position separated by 475 meters between the RF source and the receiver, and successfully returned sensor information; when the passive node and the RF source were located at the same position, the receiver the farthest can reach 2.8 kilometers.

Passive IoT based on 5G

To support passive IoT through 5G cellular networks, one difficulty is how passive terminal nodes obtain energy, and the other difficulty is how to achieve long-distance backhaul, especially the latter is more difficult. Because the energy obtained by the passive terminal through various methods is very weak, the return path is too long, and the signal will quickly decay. At present, the most advanced technology in the laboratory stage can already collect 5G radio frequency energy in a specific frequency band within a range of 180 meters, and collect about 6µW of electricity.

The layout of passive IoT at home and abroad

At present, the research on the passive IoT is still in the early stage. The weak and unstable energy from the environment, the randomness of the energy acquisition in the nodes, etc., make the connection of the passive IoT nodes relatively fragile and difficult to maintain continuous connectivity. These all restrict the application of passive IoT.

Nevertheless, there are still a large number of enterprises at home and abroad that are working hard. As mentioned earlier, RFID is currently the most widely used and mature passive IoT application.

RFID in Adidas Fitting Room
October 8, 2021
Without this IT Gadget, Olympics Reporters Would be Suffocated
July 31, 2021
Go to Top