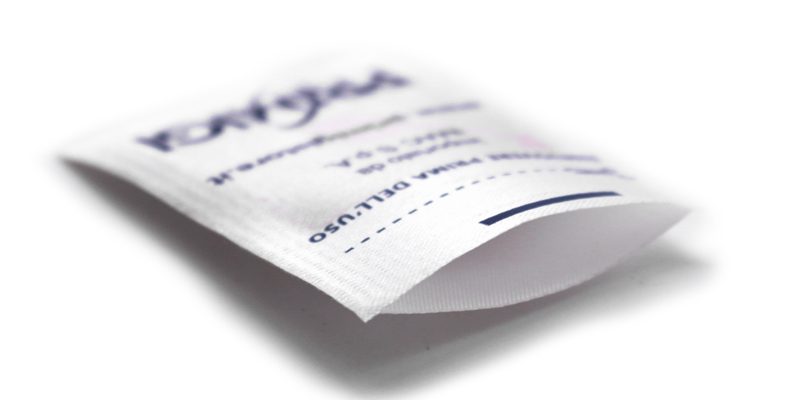 Grammy se hoofinligtingsbeampte, Yi Caijin, said that there are big names in the small RFID tags on clothes. Which order a piece of clothing belongs to, what kind of quality is required, who the raw material supplier is, what the production process is, and which worker is doing each link, all of which are presented as soon as they are swept away. If there is a problem in any part of a certain piece of clothing during the quality inspection, you can find the reason accurately, and you can even find an operator of a certain team directly.

In the enterprise warehouse, more than 1,000 pieces of clothes need to be put into the warehouse every day. With this UHF RFID tag, everything becomes very simple. One manager can be busy, and a batch of clothes pass through a door. In 10 seconds, the data was recorded.

The quality UHF RFID tag provided by RFIDHY to Grammy is stable, the reading is fast and accurate, the accumulating efficiency is greatly accelerated, and the price is cheap, which has little effect on the Chen of the clothing.

Grammy is now in line with major international and domestic apparel brands, and its products are mainly sold to Korea, Japan, Europe and other countries and regions. In the face of the global market, such traditional clothing companies can be invincible, relying on digital applications.

Grammy also introduced digital terminal equipment, a virtual fitting room. When people stand in front of the machine and take a picture, the machine will accurately calculate your height and weight according to your photos. Then, you can try one by one, and find out which one to buy, which is fast and convenient. . Such terminal equipment can collect data for Grammy, such as which clothes are good to sell, which clothes are unsalable, how many people try clothes, and how many people are finally bought. Through the collection of data, you can replenish the goods in the first time and accurately judge the market for marketing.

The traditional industry is bigger and stronger, it needs to plug in the Internet wings, transform to digital, and enterprises must apply data to the various businesses of the enterprise.

After the “Digital China” was written into the 19th National Congress last year, the provincial party committee and the provincial government clearly identified the “digital economy” as the “No. 1 Project”. The digital economy has become an important new growth point for the Zhejiang economy. In onlangse jare, Haiyan has taken full advantage of the development opportunities of Shanghai and neighboring Hangzhou, and has focused on the digital economy. The digital transformation of traditional industries has been comprehensively deepened, the capacity for independent innovation has continued to increase, the industrial structure has been adjusted, and the quality and efficiency of development have been continuously improved.